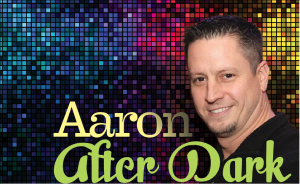 Hello there, my name is Aaron Behner. I’m a professional bartender and recent transplant to the Gainesville area. I have worked in all manner of bars and drinking establishments in the last 15 years of my profession and I have seen some things that I can only label as commercial-free entertainment. I would like to share some of these, as well as some “off the beaten path” drink recipes and ideas.

Whatever your profession, you can’t tell me you haven’t had those customers that you just wanted to light on fire and put out with a fork. I’ve had plenty!

Let me set the scene…

I was working at a night club a few years back. It was a ladies night right in the middle of our busy season, and the club was packed. The bar was 3 deep with early to mid 20’s party animals jostling for a position to grab their choice of kryptonite. One guy elbows his way to the bar followed by 3 female he is obviously trying to impress.

It was that guy. The annoying one who yells. Taps his glass. Snaps his fingers. Demands to be taken care of first. Doesn’t tip. Ever! It was his 4th or 5th trip to the bar and I guess he had enough liquid courage in him to wrangle up a few ladies to impress. Here we go.

“Yep, whatcha got in mind?”

“You got it, boss,” I said and poured the shots. “Twenty eight bucks, boss.” I said, already half-knowing the outcome.

“But all I have is twelve dollars and I thought the ladies drank for free!?!” he half shouted, half cried. He knew what he was doing. Oh, he knew the score alright.

Keep in mind, it’s hot, and it’s late, and I already don’t much like this guy who is trying to screw me over, and NO ONE in the club is thirstier than I am at this perfect moment.

The last glass hit the bar; I raised one finger and yelled, “Now OUT!”

Security promptly scooped him up and whisked him away, all the while the girls stared in disbelief.

Just one of many experiences I’ve had in the last decade and a half.

Now for some drink ideas while it’s still a hot summer. Vodka has always been a good lite liquor for mixing cocktails, either by the pool or around the house with a few friends. The problem is there are a million flavors out there and who wants to buy 10 bottles for variety?

There is an easy solution. I buy a decent bottle of vodka, Smirnoff, Stolli, or one of my favorites, Russian Standard, and then buy every different flavor of Mio I can get my hands on. Mix over ice and water, and presto!

Creativity held no boundaries Feb. 1 as science and art students came together in research. BY: HEATHER REINBLATT In its eighth year of fruition, the University of Florida Howard Hughes Medical Institute […] Read more »

Hello there, my name is Aaron Behner. I’m a professional bartender and recent transplant to the Gainesville area. I have worked in all manner of bars and drinking establishments in […] Read more »

The classical music world seems to be obsessed with youth. We’ve all heard of how young little Mozart was when he wrote his first symphony — OK fine, he was […] Read more »

The fun, fabulous and functional features of Fresh Pastry Stand, an Etsy store, come from the creative, joy-filled mind of the vintage genie herself, Deva Mirel. After greeting us with […] Read more »

Gary Mullen and The Works will perform “One Night of Queen” at University of Florida Performing Arts on March 30. Below, Gary Mullen shares his connection with Queen’s late […] Read more »