Creativity held no boundaries Feb. 1 as science and art students came together in research. 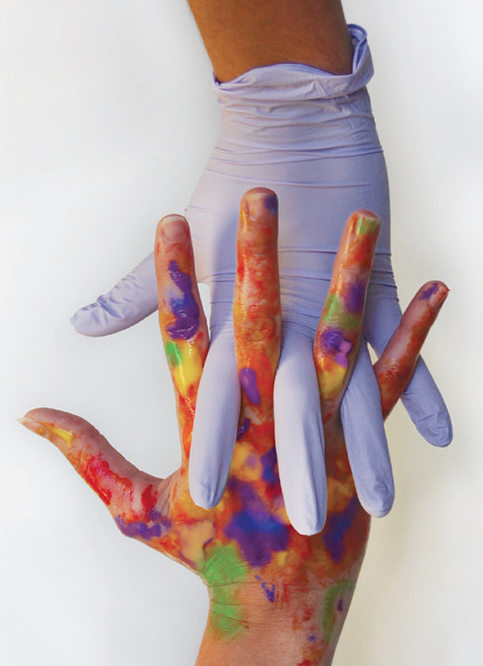 In its eighth year of fruition, the University of Florida Howard Hughes Medical Institute Science for Life Program and the College of Fine Arts hosted the 2014 Creativity in the Arts and Sciences Event from 9:30 a.m. to 5 p.m. at the Reitz Union Grand Ballroom and McGuire Pavilion Dance Studio.

Ben Dunn, a distinguished professor in the Department of Biochemistry and Molecular Biology at the UF College of Medicine and director of the Science for Life Program, said the purpose of the event was to have art and science students collaborate in a way that encompassed both fields while presenting information in a more digestible way.

“It’s a celebration of the arts and sciences,” Dunn said.

With more than 100 people attending the event, science and art students

showcased individual or collaborated projects to the community and judges, Dunn said.

This year, more than 18 collaborations took place. Students competed for cash prizes up to $1,000. Lucinda Lavelli, dean of the College of Fine Arts, said bringing everybody together created a nice energy for both the scientists and artists.

“Nothing is more exciting than being with a creative person and getting a chance to talk with a science student right there in the middle of creating or being a part of finding new knowledge,” Lavelli said. “And the same thing is true for the art student.”

With such a strong emphasis on collaboration in this year’s event, Lavelli said they hosted meetings in the fall to help students get comfortable with each other.

“In order to have a great collaboration, you have to have trust,” Lavelli said. “So they got to know each other, trust evolved over the fall, and then we got them paired up.”

And by pairing students up, Lavelli said, they hope the skills learned will be engaged later on in life.

“We hope this event is something they carry on in their professional life,” she said. “We hope they aren’t afraid to take risks, to talk with strangers about their own ideas and to understand the benefits of colliding with ideas different from their own.”

Jenna Miller, a 21-year-old studio art major at UF, showcased drawings of the head, shoulder, knees and toes of a woman who donated her body after death. “It’s kind of a singsong encapsulation of a human,” Miller said. “And I want the viewer to recognize that there is an unfamiliarity to the inside of their body but also be drawn to the beauty and try to understand more in-depth where everything is placed.”

Miller said she participated in the event in hopes of gaining better scientific understanding and connections.

“A lot of my current work features science, and I’m interested in not only the imagery that comes out of it but the thought process behind it,” Miller said. “There is a certain rationality, and there is definitely a subject-object relationship that functions a lot like art. So aside from addressing issues that concern us every day, I like the physical act of dissecting something as a way of analyzing.”

Miller said she believes art and science are one in the same. In order to realize that, she said, students should participate in CASE.

“If it’s here and you have the means, I would say definitely do it, because there is nothing you can really lose,” Miller said. “It’s great minds coming together.”

Winners will be announced in two weeks.

By: Matthew Wardell, Music Director and Conductor—Ocala Symphony Orchestra   Well before Vivaldi decided to encapsulate the four seasons in musical form, or Saint-Saëns wrote his “Carnival of the Animals,” […] Read more »

Going on a hike? There’s an app for that   Attention Florida hikers and nature lovers: planning a trip to a Florida State Park just got a whole lot easier. […] Read more »

Healthy Kids Program   Parents in Flagler, Putnam and Suwannee counties with children ages 3 to 7 will have the opportunity to engage in a nutritional lifestyle program aiming to […] Read more »

Gainesville: A Great Place to Retire U.S. Seniors looking to retire would be lucky to call Gainesville. Forbes named Gainesville one of the 25 best places to retire in 2013. […] Read more »

Florida’s AP Achievement   Florida ranked No.4 in the nation for students passing their Advanced Placement exams. The College Board found that 27.3 percent of Florida students received a score […] Read more » 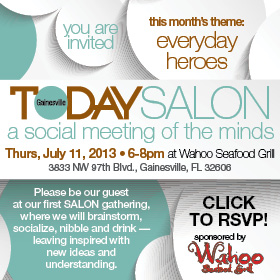