This Halloween, the littlest vampires are the most dangerous, as a local West Nile case spurs the need for prevention. 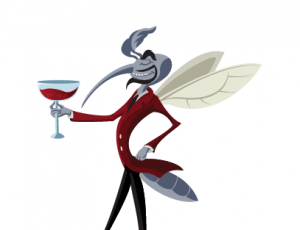 Officials are urging residents to take precautions after a man was confirmed to have acquired West Nile virus on Oct. 15th.

The Department of Health published a mosquito advisory after a surveillance system indicated that the disease vector mosquito population was at a six-year high for September.

Paul Myers, administrator of the Alachua County Health Department, said that the mosquito population will continue to thrive until the first hard freeze, and residents should continue to take precautions when outside.

“While the weather has begun to cool down and the number of mosquitoes has gone down, the threat is not over,” Myers said. “What we have out there right now are older mosquitoes that are still infected.”

Mosquitoes are attracted to the carbon dioxide that humans give off while breathing, so is important to avoid being out at dusk and dawn because that is when mosquitoes are most likely to be seeking a blood meal. If residents do have to be out during those hours they should wear long clothing and insect repellant.

Homeowners should also make sure that porch screens are in good repair and that children’s toys are covered in tarps. Myers said that it is important to drain any standing water because it can become a breeding ground for mosquitoes.

“One tablespoon of stagnant water can breed up to 200 mosquitoes,” Myers said. “You realize very quickly that it doesn’t take a whole lot of water to have a problem at your house.”

Residents should also discard old tires, drums, bottles and broken appliances that are not being used.

The department is able to compile data on infected mosquitoes through the use of light traps and county-maintained basins, which allow officials to get an estimate of how many mosquitoes are present.

The county also relies heavily on complaints from local residents. Citizens who are having problems with mosquitoes are expected to call Environmental Health Services.

“All these different signals from the county is what gives us a picture of exactly what’s happening,” Myers said. “Are mosquitoes transmitting disease? I can tell you that they are.”

Mark Sexton, communications coordinator for Alachua County, said that although the City of Gainesville does spray for mosquitoes, the county does not.

“There are different opinions about mosquito spraying and whether the effects are worth the potential environmental impact,” Sexton said. “The spraying doesn’t just kill mosquitoes, it kills other beneficial insects.”

When given the choice whether the effectiveness of spraying was worth the consequences and cost, the majority of the county commission decided that it was not, Sexton said.

He said that a better approach is personal precaution, protection and education.

The first hard freeze is not expected to hit until late December or early January, Myers said, so residents need to remain alert.

“It only takes the bite of one infected adult mosquito to transmit disease,” Myers said. “We want to make sure people don’t let their guard down.”

In this tech-savvy age, many people have become attached to their cellphones, but some may be keeping them too close for comfort. BY: ABBIE BANITT Tiffany Frantz, a 23-year-old Pennsylvania […] Read more »

She’s new in town! Who might she be? I’m referring to Pauline Pennell Kehoe, a licensed Acupuncture Physician, who opened Divine Harmony Healing earlier this November here in Gainesville. Pauline […] Read more »

I recently had the pleasure of interviewing Dr. Kim Mowery about the philosophy of a typical dental practice and why she and her husband, Dr. Art Mowery, do nearly everything […] Read more »

Acupuncture Physician Joseph Williams takes an integrative approach With our country facing an unprecedented healthcare crisis, costs beyond control and chronic illness at an all time high, a new vision […] Read more »

The use of complementary cancer care to improve patient experience. From the moment of diagnosis, cancer patients are immediately faced with a world in which they have minimal to no […] Read more »

WOMENS HEALTH: Hormones, Hot Flashes and the Search for the Perfect Man As a woman standing on the curb of menopause, one step from being hit square on by a […] Read more »