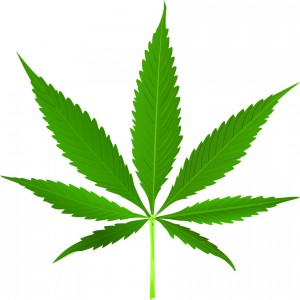 Locally, it is known as the “Gainesville Green.” Globally, it answers to a host of names, from pot, weed, grass, ganja, cannabis, Mary Jane, or, more formally, marijuana. Regardless of the term used to describe this drug, legalizing it for medical purposes in Florida is a controversial subject.

Irvin Rosenfeld was 10 years old and playing shortstop. It was the bottom of the ninth with two outs. The batter hit a grounder directly to Rosenfeld. He caught the ball and threw it to first. Out! Excited to have won the game, Rosenfeld tried to take off his glove to throw it up in the air, but he couldn’t. His right arm was paralyzed.

Now, at 60, Rosenfeld recounts this memory of little league baseball, a trip to the emergency room and the discovery of his bone disorder, multiple congenital cartilaginous exostoses. Despite countless medical prescriptions and operations to remove the tumors, Rosenfeld realized that there is only one treatment that helps alleviate his pain: marijuana.

In high school, he would hold up his bag filled with prescriptions and tell his classmates not to do illegal drugs when he had to take so many medical drugs. But his high school days are over, and those medical drugs aren’t as effective. He smokes about 10 to 12 marijuana cigarettes a day to ease his pain. As the longest surviving medical cannabis patient in the country, Rosenfeld continues to be an advocate for those who cannot obtain medical marijuana legally.

Rosenfeld, a stockbroker in South Florida, is one of four other people in the Compassionate Investigational New Drug Program, a United States Federal Government-run program that allows its patients to use medical marijuana.  Administered by the National Institute on Drug Abuse, the Compassionate Investigational New Drug Program began in 1976 as a response to Robert Randall’s lawsuit against the U.S. Food and Drug Administration, the U.S. Drug Enforcement Administration, the National Institute on Drug Abuse, the Department of Justice, and the Department of Health, Education and Welfare. Randall, who suffered from glaucoma, was the first medical marijuana patient in the United States and advised Rosenfeld to take on the same legal procedure.

However, those suffering from chronic pain and diseases with no legal rights to medical marijuana might not have to take on such a fight, as Florida State Senator Jeff Clemens filed the Cathy Jordan Medical Cannabis Act on Feb. 27. If enacted, Florida would join 18 other states and the District of Columbia in legalizing marijuana for medicinal purposes.

Furthermore, People United for Medical Marijuana (PUFMM) in Florida is seeking to collect 676,811 valid signatures from registered voters on a petition supporting a constitutional amendment that gives patients the right to grow, obtain, purchase and possess medical marijuana under a doctor’s supervision. Although the legalization of medical marijuana didn’t make the 2012 ballot, the committee continues to petition, educate the public and lobby Florida’s legislators until change is made.

While the future of medical marijuana in Florida remains unclear, some doctors are certain that smoking a joint is not taking medicine. Dr. Scott Teitelbaum, the medical director of the Florida Recovery Center, said that the cannabinoids in marijuana are effective in treating pain and certain disorders, but you should never deliver the drug by having the patient smoke it.

“What I’m against is smoking pot in the name of medicine,” he said. “People who practice medicine know you don’t smoke medicine. When you deliver medication to people, you want to know what dose you’re delivering.”

As president of the Florida Society of Addiction Medicine, an associate professor at the University of Florida’s departments of psychiatry and pediatrics, and a national addiction treatment expert and author, Dr. Teitelbaum continues to help and inform people about drug and alcohol abuse.

He said that the active ingredient in marijuana is tetrahydrocannabinol or THC, which is what people get high off of. There are a lot of other cannabinoids in marijuana, somewhere between 60 and 80, and they effectively relieve symptoms of some illnesses and diseases including cancer, HIV and glaucoma for some patients.

“I’m not against the use of the active ingredients in this plant that could be helpful and cure people of these illnesses,” Dr. Teitelbaum said. “I’m all for that and the research that’s going toward that.”

However, as with any medication, it must be carefully analyzed, he said.

“You make sure it’s safe, and that the benefits outweigh the risks,” Dr. Teitelbaum said.

Due to the fact that only about one out of every 5,000 new drugs makes it through the Food and Drug Administration, Dr. Teitelbaum questions why this drug is any different. Drugs should go through the same standards. If a drug is useful, the dosage should be standardized.

“I approve any medication that goes through the same trials that all other drugs go through,” Dr. Teitelbaum said. “We don’t legislate other drugs.”

Dr. Kevin Sabet, director of the UF Drug Policy Institute, agreed with Dr. Teitelbaum in that medical marijuana should pass FDA standards, rather than using the political process and voting to determine what medicine is, he said. Furthermore, he said that smoking or ingesting whole marijuana is not a proper delivery method.

Also an associate professor of psychiatry at UF, Dr. Sabet said modern science has synthesized the marijuana plant’s primary psychoactive ingredient, THC, into a pill form. This pill, dronabinol (or Marinol®, its trade name) is sometimes prescribed for nausea and appetite stimulation, he said. Another drug, Cesamet, mimics chemical structures as they naturally occur in the plant.

But when most people think of medical marijuana these days, he said they don’t think of a pill with an isolated component of marijuana, but rather the entire smoked, vaporized or edible version of the whole marijuana plant. Rather than isolate active ingredients in the plant, many legalization proponents advocate vehemently for smoked marijuana to be used as a medicine, Dr. Sabet said.

The FDA process for approving medicine remains the only scientific and legally recognized procedure for bringing safe and effective medications to the American public, Dr. Sabet said. According to the White House Office of National Drug Control Policy (ONDCP), the FDA has not found marijuana that is smoked to be a useful or safe medication.

From 2009 to 2011, Dr. Sabet served in the Obama Administration as the senior advisor at the ONDCP. He remains the only staff member at the ONDCP to hold a political appointment in both the Bush and Obama administrations. As an international expert and consultant to various governments and non-governmental organizations on drug policy issues, he hopes the U.S. will stop and realize that this is a risky move.

“Right now, the legalization freight train is going 500 miles per hour, full speed ahead, with absolutely no contemplation and no discussion,” Dr. Sabet said.

He understands why some people are pushing this. They’ve seen loved ones suffer and then get relief from marijuana. However, Dr. Sabet said that’s only half the picture.

In partnership with former U.S. Representative Patrick Kennedy, Dr. Sabet co-founded Project SAM, Smart Approaches to Marijuana, a campaign against legalizing the drug. Project SAM looks at the components of marijuana that are not smoked that could be beneficial and that could be delivered in a safer and more standardized manner.

“Project SAM raises the awareness of this issue,” he said. “In a democracy, we can decide what’s best and what’s in the interest of public health and public safety.”

These decisions begin here, at the UF Institute for Drug Policy.

“We’re trying to make it the premier think-tank for legislatures and policy makers as they think about drug policy in the state,” Dr. Sabet said. “Florida has such unique issues in regards to prescription drug abuse, justice issues, criminal justice investments and savings, drunk driving, synthetic and designer drugs.”

This debate of the legalization of marijuana for medical purposes will never cease to lose its flame. Whether a person is in favor or against it, it’s better to be informed, educated and realize the impacts that the legalization would have on Florida.

“I really hope we can get into a conversation about the right way to deliver cannabinoid medicine,” Dr. Sabet said. “I hope we contribute in some small part at least to the overall policy discussion in Florida.”

Weeding through the Facts

According to the FBI’s Uniform Crime Reporting Data, someone is arrested for marijuana every 42 seconds in the United States. Out of 1.5 million drug arrests that occurred across the nation in 2011, 750,000 were for marijuana.

According to the Office of National Drug Control Policy, in 2007, illegal drugs cost $193 billion ($209 billion in 2011 dollars) in health care, lost productivity, crime and other expenditures in the United States.

In 2009, marijuana was involved in 376,000 emergency department visits in the U.S., according to the Office of National Drug Control Policy.

The maximum penalty in Florida for anyone caught holding an ounce or more of marijuana is five years in prison and up to $5,000 in fines.

The maximum penalty in California for anyone caught holding an ounce or more of non-medical marijuana is six months in jail and a $500 fine.

Unable to fetch the feed
Error :