GAINESVILLE — With the Westboro Baptist Church recently losing its founder, Fred Phelps, the church could be faced with its own end of days. 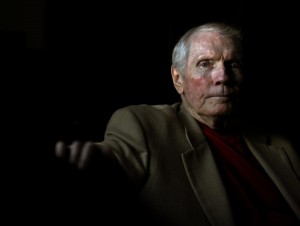 On March 19, the 84-year-old passed away from natural causes, and Mark Potok, of the Southern Poverty Law Center, said he thinks the end is near for the church, according to USA Today.

Comparing the Westboro Baptist Church to past extreme-right groups, Potok said the National Alliance and Aryan Nations both collapsed quickly after the death of their leaders, according to the article.

Kenneth Wald, a distinguished professor of political science at the University of Florida, said the church lives in a high state of tension with society, which is very hard to maintain over generations. With Phelps’ death, the church may adapt or change to lower the tension.

“Now, they would never call themselves a denomination,” Wald said. “They think of themselves as true Christians, but in time, they will probably learn to adapt or just disappear. It’s just hard to maintain that tension over long periods of time.”

Wald said the church might remain a sect or eventually evolve into another denomination. It all depends on whether its family members are willing to devote their lives to the cause.

“You wonder at some point if there are going to be people not willing to devote their whole lives to this,” Wald said. “Some people might want to be involved in society, and children might want to have connections. There have already been significant deviations over the years. Members of the family have been alienated or have left.”

Wald said if this is true, it will take decades for the church to change.

“This is something that takes generations,” Wald said. “I can’t say it’ll happen in the next generation. But, often times, by the third generation, you will have somebody who is interested in prolonging it and creating a tradition that will last beyond them.”

Allison Condurso, a 21-year-old advertising major at UF, said she does not think Phelps’ passing will weaken the church.

“I think his children hold just as strong beliefs as he did, and they will continue to keep the church alive,” Condurso said. “The issues the church has with America are not going away, and the members of the church will continue to spread their message of hate despite losing their leader.”

As a Christian, Condurso said she believes the church is sending a message of hate, which sets it apart from mainstream Christianity.

“The overwhelming majority of Christians want to spread the message of God’s love, not hatred,” Condurso said. “The church has a problem with every religion, even other Christian-based churches.”

Condurso said the church paints a terrible light on the religion.

“The Bible teaches Christians to ‘love thy neighbor as thyself,’ and the Westboro Baptist Church completely goes against this,” Condurso said. “If somebody has never been exposed to Christianity before and were to see the church first, it would paint a completely wrong picture of what Christianity, as a whole, stands for.”

David Lakin, a 21-year-old chemical engineering major at UF, said he also expects the church to continue to exist for at least a while despite the passing of Phelps.

“Though he was the figurehead, it is likely the church members prepared succession since his death was expected for a time,” Lakin said. “I expect Westboro Baptist Church to persist because we keep addressing it. As long as mainstream media takes an interest in its proceedings, it will continue.”

Lakin said the attention only serves to strengthen the church members’ hate. But, he said, students can effectively fight back by spreading love.

“I’ve always believed that the best way to lead is by example,” Lakin said. “Help your fellow man and withhold judgment on others. It will spread on its own.”