In this tech-savvy age, many people have become attached to their cellphones, but some may be keeping them too close for comfort. 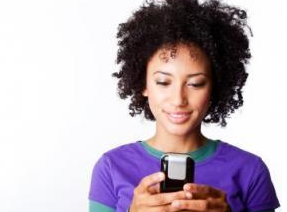 Tiffany Frantz, a 23-year-old Pennsylvania resident, told Inside Edition in June 2013 that she carried her cellphone inside her bra all day, every day for five years.

According to Inside Edition, Frantz was a 21-year-old with no history of breast cancer in her family when she discovered a lump in the same place she stored her cellphone.

Since its publication, the story has continued to circulate on Facebook, Twitter and other news publications. Each story seems to ask a similar question: Can cellphones really cause cancer? But doctors seem to have different opinions on the topic.

Dr. John West, a Los Angeles breast cancer surgeon, told Inside Edition that he knows something is going on. He said there is not enough information on the topic, but he advises young women to stop carrying their cellphones inside their bras.

Dr. Thomas Cartwright, a medical oncologist with Ocala Oncology, said people believe many different things when it comes to the radiation from technology being a source of illness. He said he does not believe cellphones have strong enough radiation to cause cancer.

“Ionizing radiation can cause cancer and a variety of other illnesses,” Cartwright said.  “However, radio wave energy at the power level used by cellphones is not ionizing. It’s not even close, being that it is several orders of magnitude too weak to break chemical bonds.”

“Simple physics and chemistry make the hypothesis that cellphone radiation causes cancer not plausible on the basis of currently understood biology,” Cartwright said.

Frantz was a guest on an episode of The Dr. Oz Show, “Why You Should Keep Your Cellphone Out of Your Bra,” on Dec. 6. During the show, Dr. Oz said he believes women who carry their phones in their bras are putting themselves at risk for breast cancer.

Regardless of varying opinion, Cartwright said women should be aware of their family history when it comes to taking preventative measures, and women over 50 should have an annual mammogram.

“Young women can develop breast cancer, but it is uncommon,” Cartwright said. “If there is a strong family history, women should have a mammogram earlier and possibly genetic testing.”

Despite varying professional opinions on the topic, some young women believe there is not enough information for them to change the way they use their cellphones.

Nicole Gomez, a junior journalism major at the University of Florida, said she has placed her cellphone inside her bra in the past, but she doesn’t do it regularly.

Gomez said that Frantz’s story will not make her think twice about how she handles her cellphone, because she keeps it inside of her purse most of the time.

Gomez said she believes women should attempt to stay healthier in general, but she does not think additional preventative health care measures need to be taken.

“I think we should do more of the basic parts of staying healthy, like nutrition, sleep and exercise,” Gomez said. “As far as additional measures, I think there are so many suggestions and information on whether or not they are helpful that it’s too much trouble to try and sort through them all.”

Lauren Yonge, a junior elementary education major at UF, said she kept her cellphone inside her bra when she was in high school but does not currently.

Yonge said that regardless of the validity of Frantz’s story, she will not change the way she uses her cellphone.

“This doesn’t make me think twice about how I use my cellphone,” Yonge said. “I’ve heard about all the dangers of cellphone usage in the past, but I’ve never adjusted how I use it.”

In this tech-savvy age, many people have become attached to their cellphones, but some may be keeping them too close for comfort. BY: ABBIE BANITT Tiffany Frantz, a 23-year-old Pennsylvania […] Read more »

She’s new in town! Who might she be? I’m referring to Pauline Pennell Kehoe, a licensed Acupuncture Physician, who opened Divine Harmony Healing earlier this November here in Gainesville. Pauline […] Read more »

I recently had the pleasure of interviewing Dr. Kim Mowery about the philosophy of a typical dental practice and why she and her husband, Dr. Art Mowery, do nearly everything […] Read more »

Acupuncture Physician Joseph Williams takes an integrative approach With our country facing an unprecedented healthcare crisis, costs beyond control and chronic illness at an all time high, a new vision […] Read more »

The use of complementary cancer care to improve patient experience. From the moment of diagnosis, cancer patients are immediately faced with a world in which they have minimal to no […] Read more »

WOMENS HEALTH: Hormones, Hot Flashes and the Search for the Perfect Man As a woman standing on the curb of menopause, one step from being hit square on by a […] Read more »